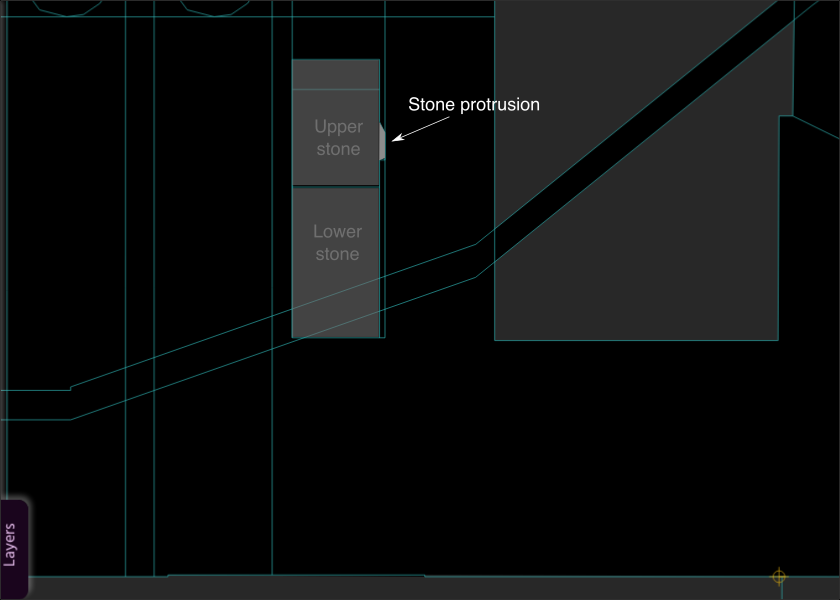 There is a stone protrusion on the north face of the first object that you come across in the antechamber: two large stone blocks which are fixed in place and are embedded into two vertical grooves which have been cut into the east and west walls of the chamber. The two stone blocks sit one on top of the other, and therefore they have a horizontal joint between them which is shown on the drawing. On the face of the upper block is the protrusion which is shown in the photograph below and is also marked off on the interactive drawing. 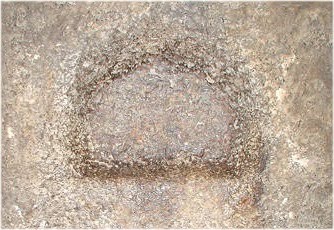 The X-axis rotation in the system is the axial tilt of the Earth, and the Y-axis rotation represents the position of the Earth in its annual orbit around the Sun, a value which astronomers call the 'true anomaly' of the planet. The Z-axis rotation is the rotation required to the Earth that is caused by the tilt of the Ecliptic to the Sun's equator and this is the value that was determined earlier in this work (page E6) from the Sun system when the gallery groove line was adjusted using the gallery end wall mathematics and also in the carving at the pyramid's entrance. It's value, set in stone, was 7.060543°.

The astronomy of the Z-axis rotation is shown in the illustration below, and can also be read up on this orbital elements page which carries a similar illustration and further explanation. 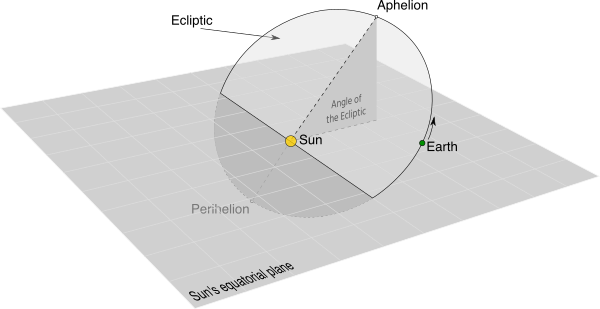 The protrusion on the stone in the antechamber is a carving of the section of the Ecliptic that is above the Sun's equatorial plane which you can see by comparing the illustration to the photograph.