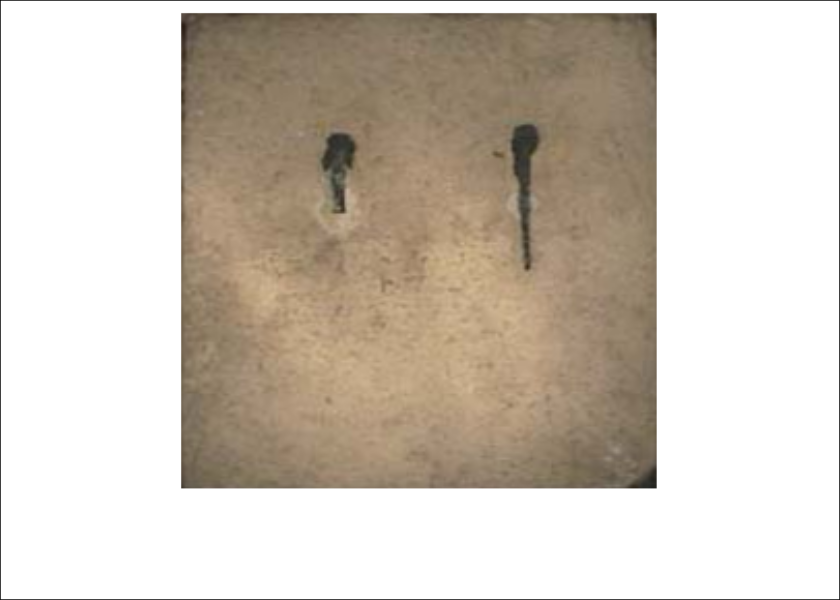 The interactive drawing shows the secondary ellipse, and highlighted are the south side of that ellipse's base line, and the geometric line that forms the lower northern shaft. The length of the shaft line has been determined in the manner set out in the gallery, where the length of the line in cubits is 200 times its angle in radians. Zoom in on the lower northern shaft area.

At this stage, the shaft is being created in exactly the same way as the lower southern shaft was created on the earlier page (page B10), and you can see that the geometric shaft line matches the lower section of the shaft's architecture but is nowhere near that of the upper section of the shaft. Even if the ellipse were to be rotated in the same manner as was done to the lower southern shaft, the resulting variance in the geometry line's angle would be insignificant compared to the large change required to match the shaft's upper architecture.

A change to the formation geometry is required.

If, instead of keeping the half circumference base line of the secondary ellipse fixed to ground level, it is allowed to rotate along with the ellipse, and the end point of the rotating base line is projected onto ground level, then the following dynamic geometry results. Start the clock.

As the ellipse rotates, the rotating base line's projection point moves horizontally along base of the pyramid and the tangent line's angle varies significantly. At all times the length of the geometric line in cubits is 200 times its angle in radians, and the length therefore also varies substantially and perfectly matches the reported full length of the shaft when the ellipse is at its maximum rotation angle. The lower section, upper section and the length of the lower northern shaft are all solved with this one geometric alteration.

The circumference point and the 'Well shaft'

The 'well shaft' is the roughly cut passage in the pyramid's architecture that descends vertically from the gallery and then, after some angular sections, continues down to the bottom of the entrance passage. At the point where this passage meets the bedrock of the Giza plateau there is a roughly cut cave like area. It is because of this 'well shaft' that archaeologists have determined that the bedrock below the center of the pyramid is higher than it is outside the structure. In the interactive drawing the bedrock is shown in dark grey and the building's masonry in light grey, and you can see all these details by zooming in to this area of the pyramid.

With the secondary ellipse still oscillating, you can see that the equator's circumference point nearly matches the ground level of the building when the ellipse is at its maximum angular tilt suggesting that the base level of the pyramid is dynamic and oscillates up and down in unison with the rotation of the Earth ellipses.